Protest, But No Tagging, Please

Given the increasing number of feminist protest marches arriving at Mexico’s National Palace, President Andrés Manuel López Obrador (AMLO) sent a stern message to all those groups on Monday, Feb. 17.

The protestors are not just extremely noisy, but are committing acts of vandalism wherever they pass through, which includes looting and burning private cars.

“I am requesting Mexico’s feminists, with all due respect, not to paint our doors and walls with graffiti,” AMLO said during his regular early morning press conference.

“We are working hard to avoid further femicides. We are not simulating action, nor are we allowing ourselves to be provoked to act against the protests as repressors. Do not confuse us with (other administrations) because we’ve spent years struggling to avoid  provocations.”

But AMLO’s message also included a final plea: “We respect the right of all to demonstrate,” he said, “but, hopefully, that right will be exercised in a peaceful way, without violence.”

There’s no doubt that feminists are furious because of the deadly Mexican macho violence against them, and they want more than justice.

They want protection and prevention.

But tagging national monuments and destroying private and public property will not stop femicides.

It was Mexico City Mayor Claudia Sheinbaum who decried the release of alleged mobster, kidnapper and murderer Andrés Flores Ramírez, best known in the popular downtown neighborhood of Tepito as “El Lunares,” meaning “The Skin Moles.”

In less than two weeks, El Lunares was released from different jails by judges in what, in the eyes of both the mayor and the president, were bribed judgements that manipulated the legal system to find ways to release the prisoner.

“It’s despicable that magistrates and judges release criminals with the same excuse, the same pretext and the same tricky ploy saying that the arrest charges were filed in poorly integrated ways,” AMLO said.

“The fact is that some of these (magistrates) are participating in corruption.”

El Lunares was arraigned and released first for possession of a weapon and drug dealing and secondly for an “express kidnapping” heist.

He was immediately rearrested and the third time charged with murder.

El Lunares is now being held at a Mexico City prison, but the real charges against him are for being one of the leaders of criminal gang known as the Tepito Union.

New Members for the INE

In its search for four new National Electoral Institute (INE) members, who will substitute four who are finishing their six-year term, Mexican Chamber of Deputies began receiving resumés from those wishing to be a candidate.

What’s not clear is how the INE members will be chosen, whether by direct vote from the assembly or a consensus from the parties.

National Regeneration Movement (Morena) founder and former Chamber President Porfirio Muñoz Ledo has claimed that the best way would be by consensus, with different political parties proposing their candidates.

Muñoz Ledo said he fears that if the chamber floor decides by straight votes, most likely the four will be chosen by the Morena majority because, he said, there are some deputies who “fawn over” AMLO and want to deliver the INE to his control.

This is dangerous, Muñoz Ledo said, because “with a straight vote, the majority party wins, but the INE loses legitimacy.”

One reason is that there are people both in Morena and around AMLO who distrust INE President Lorenzo Córdova and his second aboard, Ciro Murayama.

The selection of the new INE members — by whichever means — is slated to take place on April 4.

Ten Mexicans who were evacuated from Wuhan, China, by French authorities because of the coronavirus epidemic arrived in Mexico City on Sunday, Feb. 16, safe and sound, but very weary. 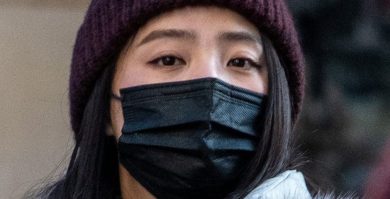 The group was forced to spend 14 more days in Paris under observation to check if any of them had the contagion, which none did.

Director General for European affairs of the Foreign Relations Secretariat Bernardo Aguilar was at the Mexico City airport to welcome the group, thanking the French and Chinese governments for their supporting in helping to remove the Mexican visitors. There are still eight Mexicans left in Wuhan.

Reportedly, when the Mexicans arrived, one journalist asked if anyone wanted anything in particular, and a loud woman’s voice said: “Yes, tamales!”

The news that drug kingpin Reynaldo Zambada García, aka, “El Rey,” (short for Reynaldo, and not “The King”) had been released by U.S. authorities spread like wildfire in Mexico over the weekend.

Both García and Sánchez were declared protected witnesses during the trial of Joaquín “El Chapo” Guzmán.

Feuer “wondered if” they had been let go because they no longer are included in the Federal Bureau of Prisons listing.

Feuer tweeted: “They are not under custody and we don’t know where they are at because all the files are sealed. The confusion, I’d say, came from the opacity of the archives.”

The apparently fake news report caused considerable surprise and dismay because both Zambada and Sánchez face criminal charges in Mexico, and if they are to be released, it should be for extradition.

Rafael Nadal and Venus Williams will be heading the long list of stars who will play in the upcoming 27th Mexico Tennis Open Tournament in Acapulco from Feb. 24 through 29.

Among top notch players participating are Australian Open second-place winner Alexander Zverev and AO semifinalist Nick Kyrgios among the men, and Madison Keys and Sloane Stephens among the women.