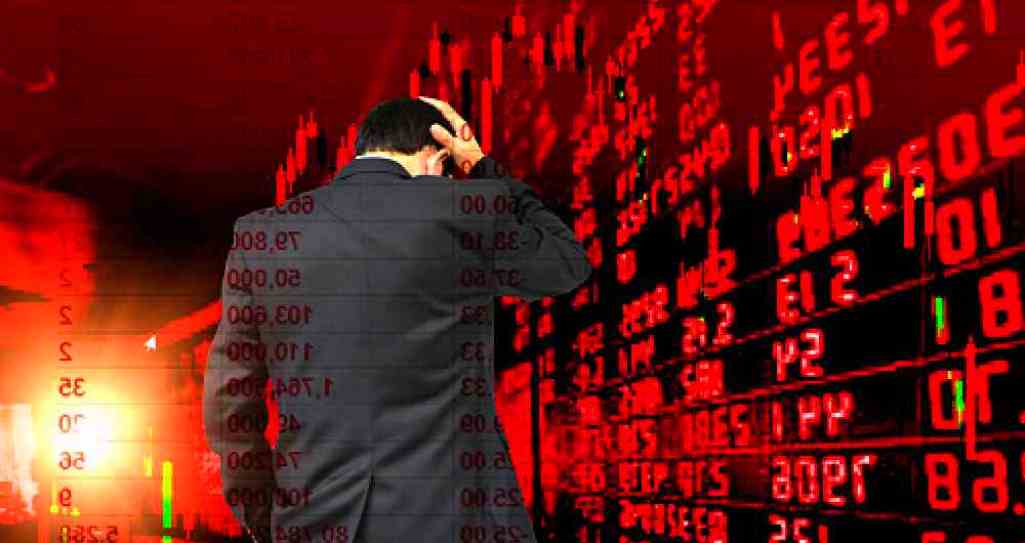 Here’s the sequence of events that led to a market selloff at the Mexican Stock Exchange (Bolsa Mexicana de Valores) that provoked the loss of nearly 6 percentage points and nearly 90 billion pesos over the last week, mostly for banks.

First, on Wednesday, Nov. 7, came the not-so-casual news from the National Regeneration Movement (Morena) political party majority leader Ricardo Monreal that the new government was considering an initiative to revise up to 19 commissions banks in Mexico are allowed to charge  users for a variety of services, commissions that Monreal called “usury.”

The announcement alone struck terror in the hearts of Bolsa investors, who on the very next day began shifting their monies abroad in search of – perhaps not the most profitable but certainly far safer grounds.

As if Mexico had no government at this point, President Enrique Peña Nieto remained silent and just looked on as the Bolsa plummeted. By the night of Thursday, Nov. 8,  future Finance Secretary Carlos Urzúa Macías went public – even though it’s not his job, at least not yet – to try and calm down nervous Bolsa investors, telling them that, for now, the Senate had no authority to do any changes in commissions prices and that finally those were the administrative grounds of the central Banco de México, the National Banking and Stock Exchange Commission, whose job is to set tariff limits for the price of banking services.

Not convinced, panicked investors continued their selloff Friday, Nov. 9, with Mexican-owned Banorte getting hit the hardest until President-elect Andrés Manuel López Obrador (AMLO) finally reaffirmed his position, which he has stated in the past and definitely was not campaign banter, that he would not introduce any immediate changes to the legal framework regulating banking and that he would not do so for the next three years.

AMLO’s assurance calmed down the Bolsa plunge, and by Friday afternoon, the index closed with a slight gain, calming the storm and creating a semblance of investor calm. By Monday, Nov. 12, though losses had not been recuperated, the plummet was halted  and the Bolsa took a more stable, but slightly upward trend.

That is the gist of the incident, but what were the root of the Bolsa panic? In reality, it was not a financial problem because even if there is talk about reducing commissions, what Monreal said was that the bill was being discussed, as are dozens of other bills in the Senate.

A Citibank communique described the market scare as a reaction to the “impetuous” way Monreal had made the announcement. It sent a message that President-elect AMLO was up to another trick, not unlike the one he pulled cancelling the construction of the new international airport in the Texcoco lakebed. Both moves sent a message to bankers that the nation is moving to the left.

AMLO’s rapid response to the bank operators made it clear that he was not aware of what the Senate was up to, mostly because the Senate is autonomous and they do not have to consult the introduction of bills with anyone.

But this was an explanation nobody was buying, particularly the horde of opinion leaders in the Mexico business press media, for whom the banks are the main source of advertising income. The Bolsa plunge probably struck more terror in them than in the affected bankers themselves.

Business writers have been hinting towards a planned coup led by AMLO, who is considered a political Machiavelli capable enough of pulling a stunt like this one in order to confirm what he said upon cancelling the airport construction: that he was out to create a divide between big money and the state.

If AMLO had been U.S. President Donald Trump, he would have surely have touted this type of opinion as “fake news,” since he denied having had anything to do with Monreal’s announcement that the bill would be considered on the Senate floor.

The reality is that, in the end it, may have been nothing than just another tempest in a teapot, which are so common these days on the Mexican political scene.

The problem here, however, is that the losses were great for some of the banks – Banorte is just one of them – and the fact that, by now, Mexican business leaders belonging to the Business Coordinating Council (CCE) and the National Confederation of Chambers of Commerce (Coparmex) have planted the seed of mistrust towards the upcoming administration and can’t still swallow the bitter pill that the canceling the airport was, and still is, for them.

On the other hand, Monreal’s announcement was in response to the clamor of thousands of Mexican bank users who feel “robbed” by the banks charging commissions even “for the air we breathe.”

According to Ciro Di Constanzo, president of the National Commission for the Protection and Defense of Financial Services Users (Condusef) government agency,  indeed the exuberant commissions banks are getting merit a revision and adjustment, as many of them are excessive. He said that his office is overrun with complaints about them. The problem, he added, is not if, but how.

Condusef’s Di Constanzo agreed that the solution must come as a process of negotiations between the National Banks Association and the Bank of Mexico, along with legislators from both houses of Congress, in order to come up with a fair and orderly proposal.

In the opposing press, among more radical opinion leaders, such as Denisse Dresser, the clamor is that “the banking commissions are abusive and the state must intervene to reduce them.”

Finally, it must be said that Mexico represents a banking paradise for stockholders. Back in the mid-1990s, the entire banking system went bankrupt and former President Ernesto Zedillo integrated a now.infamous fund called Fobaproa, under which privately owned bank losses were transferred to the government’s public debt, much to the joy of the Bolsa, as well as bank owners. This transfer set the basis for a new and now current banking system dominated by transnational firms (Citi, HSBC, Santander, BBVA –to name some of the biggies), for who Mexico is a veritable cash cow, where their operational costs  – paid by Mexican customers – is double that of the Madrid-based BBVA in Spain, hence producing for the firm billions of dollars they couldn’t get elsewhere, where commissions are tightly supervised by governments.

And by the way, where was the Bank of Mexico in all this? Surely keeping company with lame duck President Peña Nieto, who did not even say quack over the issue.

But what else can you expect from a duck whose wings have already been clipped?