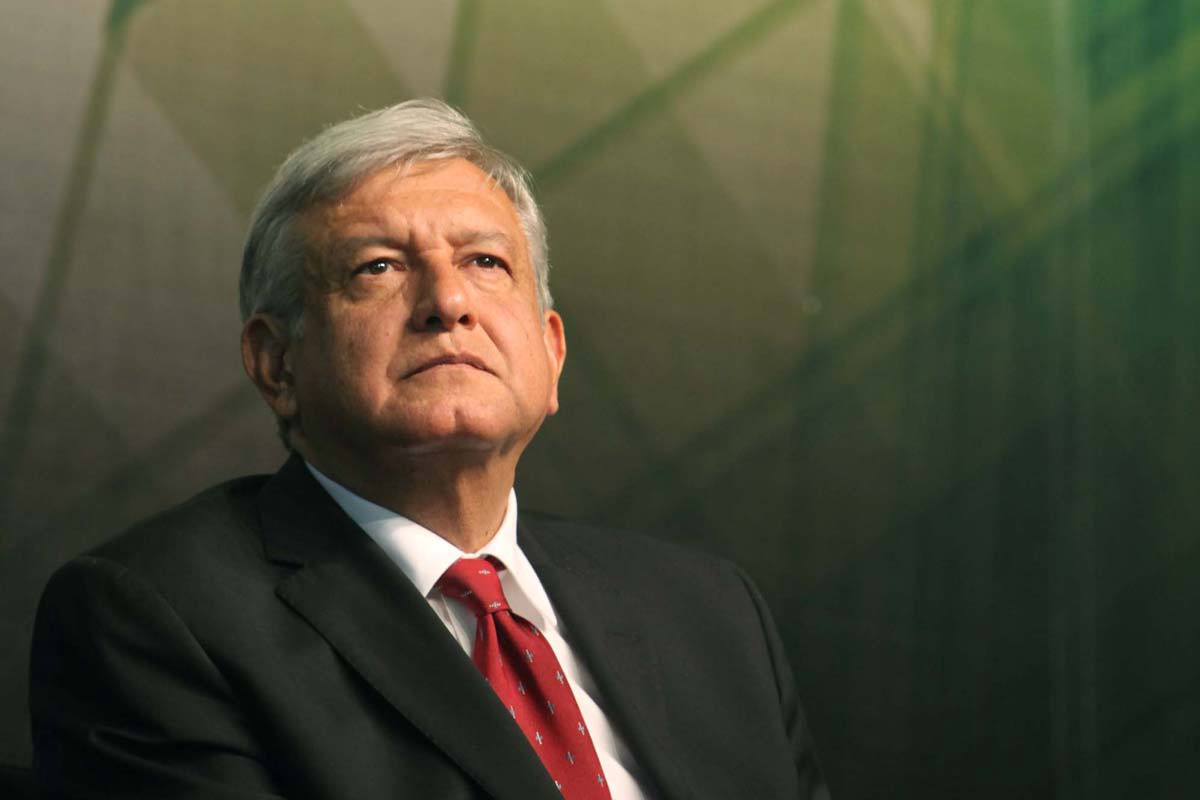 Given the uproar that President-elect Andrés Manuel López Obrador (AMLO) is causing with his governance plans, he devoted the entire week of Nov. 19 to giving out interviews to all those requesting them – mainly radio and television – to clear up his points of view.

In all this, it must be considered that, although we are still nine days away from his inauguration, Mexico’s current president, Enrique Peña Nieto, seemingly is seeing AMLO as the miner from Merle Travis’ “Sixteen Tons” song, which says “if you see me coming, better step aside, a lot of people didn’t, a lot of people died.” For all practical purposes, Mexico will spend the last week of November 2018, without a visible president. Peña Nieto has indeed “stepped aside.”

So AMLO has gone out on an interviews rampage, hitting the leading broadcasters in the nation.

The first one was with the “mafia in power” at leading broadcasting company Televisa on Monday night in the program called Tercer Grado (Third Degree). I’m not quite sure what the name of the program means, but it is headed by Leopoldo Gómez with the participation of famous and often vicious AMLO critics and hacks, such as Televisa’s own Carlos Loret de Mola, Joaquín López Dóriga and Menisse Maerker, as well as other guest journalists such as Raymundo Riva Palacio and René Delgado, the latest being the humblest of the bunch.

Without going into the bulk of piercing questions – these guys are good – I’d like to review some of the key points made by Mexico’s president-to-be.

The leading point was – to me at least – his making it clear that he is not going to proceed legally against past presidents for what he considers their misdeeds.

“We could make public their files and throw the book at them,” he said. But he said he will not proceed, even if he’s got a bone to pick with the last five “very corrupt” presidents for the past 30 years beginning – rare, but he mentioned by name – Carlos Salinas, Ernesto Zedillo, Vicente Fox, Felipe Calderón and now, Enrique Peña Nieto. But he has said he will not go after them and instead he will not look back in anger.

“It’s best for the nation to make a decision of state, a final period. Let’s forget this horrible past,” AMLO said.

“You’re going to disappoint many people who voted for you,” said Gómez Leyva on Imagen television.

“It doesn’t matter, I don’t care. Those are my convictions. The upmost important thing for us to do now is to put an end to corruption and start  a new era. Vengeance is not my forte.”

Yet in his interview with Aristegui on Wednesday, AMLO said that he would be willing to carry out public opinion polls in order to gauge if people actually want to go through the ordeal of bringing a former president to trial. He made it clear he prefers not to, mostly because if you go for one, you’ve got to go for them all and “we don’t have enough jails for them,” and also because he would like to start his fight against corruption from the start of his presidency, and noisy trials would only distract his administration from meeting its goals.

“The nation can’t become a swamp due to prosecution,” he said. “Let this tragic, horrendous story of corruption and impunity in Mexico come to an end. Let me start a new stage of governance as of December First.”

He will, however, oversee persecution and prosecution of corruption cases in his administration. “I’m not a town boss (cacique). I don’t aspire to become a dictator. I am a democratic person. I will not issue orders to the legislative and juridical branches of government. either to initiate or start cases. But as of my mandate, there’ll be no pardons.”

At a press conference on Tuesday, Nov. 20 (Mexico’s Revolution Day), AMLO paid homage to the nation’s first truly elected president and Revolution leader in 1910, Francisco I. Madero, who was executed while in power in a U.S.-backed military coup d’etat in February, 1912.

Another hot issue on which AMLO got pummeled by interviewers was on the concept of coming up with a National Guard, particularly when for over a decade he’s been critical of the policies of using the Mexican Armed Forces for routine police duties.

AMLO defended the concept of the National Guard and made it clear that the idea behind it is to take soldiers off the streets and send them back to the barracks. His approach, however, is to now start the National Guard with the participation of 83,000 members, all of whom belong either to the Federal Police (37,000), the Army’s Military Police (36,000) and the Navy military police (10,000). Their transfer will not cost money since their salaries are already contemplated in the 2019 government budget and all future participants will be queried as to whether they want to go into civil police activities or stay in the military. All candidates are trained soldiers.

AMLO  made it clear in all his interviews that this is nothing new in Mexico as some people think. “I mentioned this concept of policing – which by the way is done in Spain and France – in my last book while I was a candidate. Obviously, nobody read that chapter.”

The third most questioned issue was AMLO’s style of polling, which is being blasted by opposition parties in Congress as “illegal and unconstitutional.” The first of those polls led to voters giving him a green light to cancel the continuance of the construction of the New Mexico International Airport (NAIM), a theme that led to a major selloff in the Mexican Stock Exchange.

Needless to say. there were many other issues discussed, but for now, AMLO made it clear that the airport project is dead for good, he will go ahead with building up a new police force called the National Guard, drawing trained personnel from existing federal armed forces. and he will not persecute nor prosecute former presidents, all, according to him, guilty of deep corruption.

For now, all the former presidents have remained mum. In particular, Mexicans haven’t heard chatterbox Vicente Fox disdainfully call AMLO “Lopitos” or little López, as he so often did in the past.

No doubt about it, all Mexico’s former presidents have stepped aside.