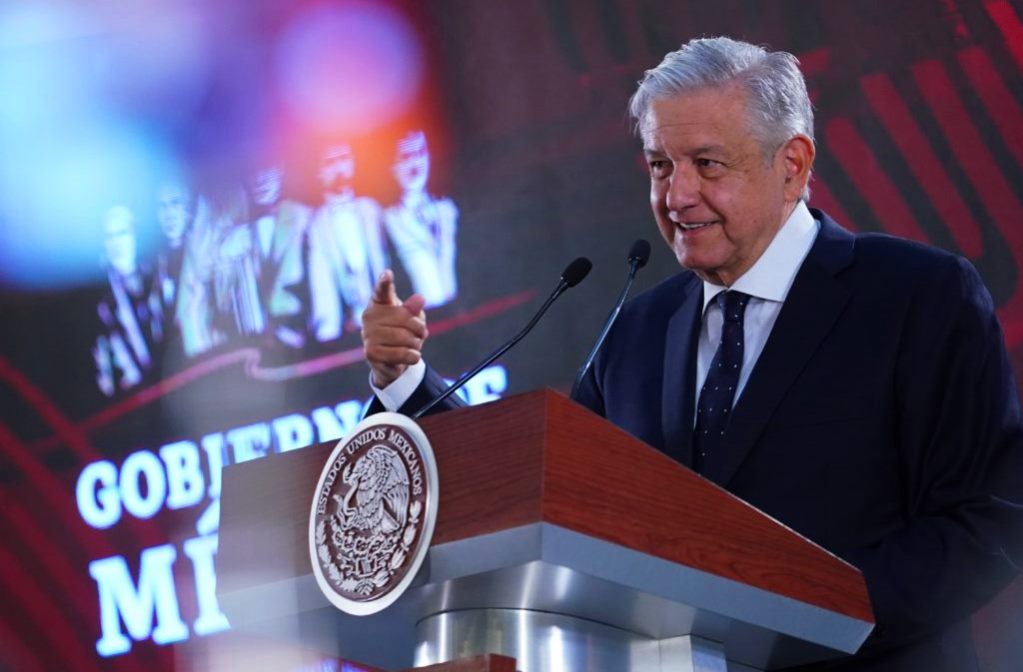 According to a clique of prophets of doom that gather every Wednesday night in a Mexican commentary program called “Tercer Grado” (“Third Degree”) on Televisa Channel 3 at 11 p.m., the relationship between the two presidents is in shambles.

The program is made up of seven so-called opinion leaders, of whom three are vociferous about the relationship between Trump and AMLO.

The most vocal one thus far has been news-hawker Carlos Loret de Mola, who several times a day lashes out against the president for his support to the Estrada Doctrine, which states that Mexico must not mingle in the internal affairs of other nations.

Second on the list is Leo Zuckermann, a self-declared “neoliberal” who thrashes the president every time he gets a chance, and since he’s a columnist at the daily Excelsior and also on Televisa Channel 4, he gets that chance every day.

The third is Raymundo Riva Palacio, who has a nationally syndicated column in several newspapers and can be read in the financial daily “El Financiero.”

For these dudes, AMLO is now guilty of practically everything, whether he did it or not. And if didn’t  do it, they’ll invent a way to blame him anyway.

Over and over, these three journalists have accused AMLO of “backing” Maduro simply because he is not against him. The one person making this accusation the most is Zuckermann, who claims that by “if AMLO is not against him, then he is for him,”which is a totally scurrilous claim and a fine example of the manipulating doublespeak you can hear in Mexico nowadays.

Then on recent days, Riva Palacio – a colleague of mine since our days in the 1970s at El Sol de Mexico daily newspaper – has launched an attack on Foreign Relations Secretary Ebrard, yearning for the time when former Secretary Luis Videgaray had a close pal relationship with Trump’s son-in-law Jared Kushner.

“That’s no more,” said Raymundo, “Kushner is not interested in having a relationship with Ebrard and access to the White House has been cancelled to the Mexican chancellor, who only had it in a very tight manner adjusted to the times of (Mike) Pompeo.”

Riva Palacio claims that the White House is extremely annoyed (whatever that means, and the leading cause is Mexico’s backing of Maduro, which is interpreted in that fashion due to the lack of understanding and convincing reasoning of what a neutrality policy and nonintervention means to Mexico.

Let’s face it, from his early days of campaigning on, AMLO has stated his case as a proponent of neutrality and nonintervention for one reason alone, and AMLO repeated it several times: “We don’t want any foreign nation intervening in our affairs,” he said. That’s a simple diplomatic thesis to which these journalists have been tone deaf, time and time again.

One more thing: At no moment over the past months have the three journalists taken into consideration in their perceptions of the Mexico-U.S. relationship the very fact that President Trump, now through his second secretary of State, has bothered to appoint an ambassador to fill the post left empty last May by now-retired Ambassador Roberta Jacobson. Since that date, Secretary Pompeo has been in Mexico several times, both for presidential meetings and to oversee embassy affairs.

Surely, these three journalists want to impose their opinions on the general public, even if those opinions are nearly treasonous to the Estrada Doctrine.

One thing that is certain is that it is that AMLO too is tone deaf to their constant onslaught of attacks, which eventually will go nowhere because, no matter what they opine, Secretary Ebrard has direct orders from AMLO to stave off the Venezuelan course of events, which is leading to no good, and eventually AMLO’s regime may be the only free democratic nation competent and able to mediate in these spiny affairs.

These colleagues can have their opinion, but AMLO has an unsurmountable amount of 30 million voters and as much as 88 percent of public acceptance of his governance style to back him up, even in a debate with these opinionated fellows.