Despite a new, protectionist-leaning administration, Mexico is one of the world’s most open markets, providing for access to some of the greatest new products on Earth.

There are constantly new foods, health products, cosmetics, household goods and mechanical devices entering the country, as well as a parade new items being developed within Mexico by national designers and inventors.

This column offers a monthly roundup of some of the best new goodies available nationwide.

The new mayonnaise incorporates the smoky-sweet flavor of naturally dried chipotle chillies, indigenous to Mexico, and joins the rank of Hellman’s other Mexican mayonnaise offerings, including natural, olive oil, light and casera (home-style).

All Hellman’s mayonnaises are trans fats-free and made from natural ingredients, including eggs from free-range chickens.

A U.S.-based subsidiary of Unilever, Helmann’s has been producing mayonnaise since 1913.

Motorcycle aficionados will be pleased to learn that Triumph — the super-high-end bike company based out of the United Kingdom — has just signed a contract with the motorcycle distributor Grupo BMC, which has been in the business of getting Mexican bikers on choppers for more than a century.

The new Triumph distributors in Mexico — located in México City, the State of Mexico (Edoméx), León, Guanajuato and Puebla — not only sell the bikes, but will also offer expert servicing provided by specially trained personnel and Triumph accessories and parts in order to create a complete Triumph riding experience. (The company’s motto is “For the Ride.”

Triumph’s unique three-cylinder bikes are renowned for their narrow bodies and 120-degree crack that offer a smooth ride and rev up quickly.

Motorcycle sales in Mexico have been increasing steadily at a rate of about 20 percent annually, and are expected to reach a potential of 800,000 units a year by 2020.

Premium motorcycle sales — which account for less than 5 percent of the total — are expected to rise at an even faster rate over the next 12 months.

In addition to its Roasters, Adventures and Classics, Triumph is slated to launch seven new models this year, four of which are already on the market.

Hamburger-lovers take heart: That now-iconic chain of ultra-scrumptious, ultra-high-end, ultra-long-lines-to-get-to burgers that have taken the U.S. carnivorous world by storm is slated to open in Mexico in June. 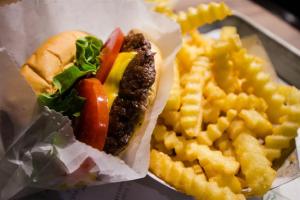 Yes, Shake Shack, home to the best burgers and worst service in the United States, is partnering with Mexico’s Grupo Toks to bring its first not-so-fast-food restaurant to Mexico City.

Shake Shack, which first opened in New York City in 2004, has already expanded to more than 180 locations across the United States and into 70 international locations, including London, Hong Kong, Istanbul, Dubai, Tokyo, Moscow and Seoul.

The chain has distinguished itself by using only top-grade, fresh ingredients.

If all goes well, the company said it plans to open a total of 30 Shake Shack restaurants in Mexico over the next few years.

Also soon to establish a branch in Mexico is the Swedish do-it-yourself furniture company Ikea, which offers inexpensive tables, chairs and bookshelves with mind-boggling, some-(and-what-we-really-mean-is-a-lot-of)-assembly-required instructions. 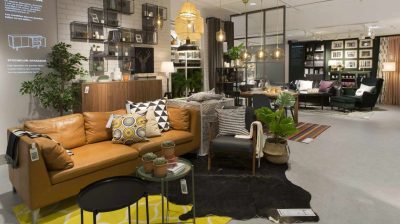 Slated to open in fall of next year, the store will be located in Mexico City’s Venustiano Carranza Precinct and will offer mostly online sales.

The new store is expected to offer about 7,500 products, and if all goes well, there will be additional Mexican branches opened next year.

No word yet if the Mexico Ikea will have an in-store food court offering Swedish meatballs like most of the brand’s shops around the world.

Ikea has more than 400 stores worldwide.