Remembering the Battle of Churubusco 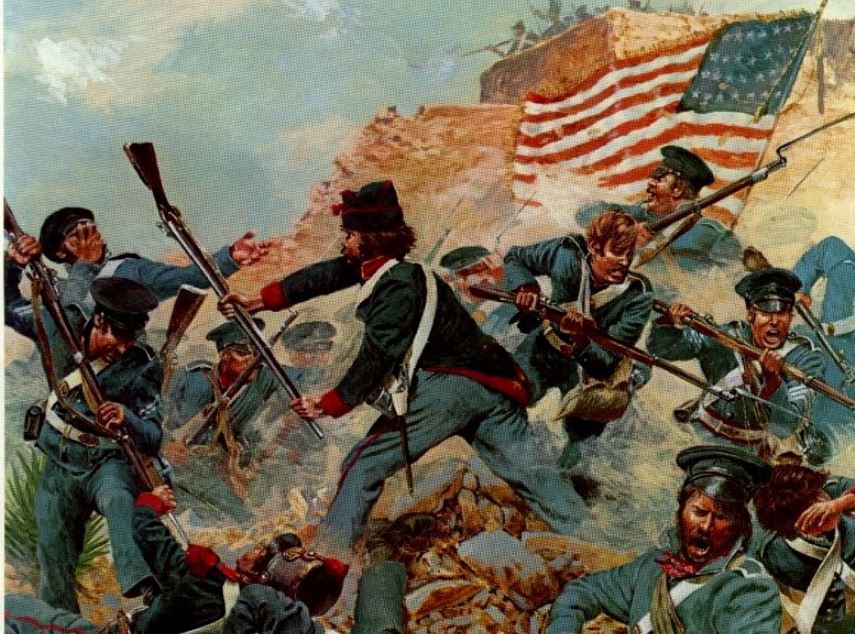 On Aug. 20, 1847 – only a quarter century after the people of Mexican had won an 11-year-long war of independence against Spain, which had ruled the region for more than 300 years – the Mexican Army fought the now-famous Battle of Churubusco against the United States.

Part of a much larger operation by U.S. forces led by General Winfield Scott against General Antonio López de Santa Anna’s defense of Mexico City, this was a make-or-break battle for both sides.

For the United States, the objective was to root out forces from several carefully prepared defensive positions, which were blocking his troops’ advance.

In order to accomplish the goal, Scott divided his army in two, sending half to eliminate a Mexican force on the westernmost of these roads and half to confront the Mexicans at San Antonio.

The Mexican Army had already suffered a humiliating defeat at San Antonio and had lost more than 700 men at the Battle of Contreras.

The U.S. greatly forces outnumbered the Mexican forces, and after having their cannons melt from overuse, the Mexican soldiers were forced to raise the white flag.

The collapse of Mexico’s forces at Contreras in the early morning hours of Aug. 20 allowed the U.S. soldiers to uncover a route to the Mexican rear, giving them a strategic advantage.

Finally, Santa Anna ordered his forces to abandon San Antonio, covering their retreat by occupying a fortified convent and river crossing at the village of Churubusco, three miles to the north of San Antonio.

Scott’s forces attacked Churubusco, but the Mexicans fought bravely to defense their position.

In the end, though, the U.S. forces won, and the Mexicans were forced to retreat.

One month later, U.S. forces captured Mexico City, a move that ended the Mexican-American War and deprived Mexico of more than half of its territory.