Yosemite National Park: Be Prepared to Be Humbled 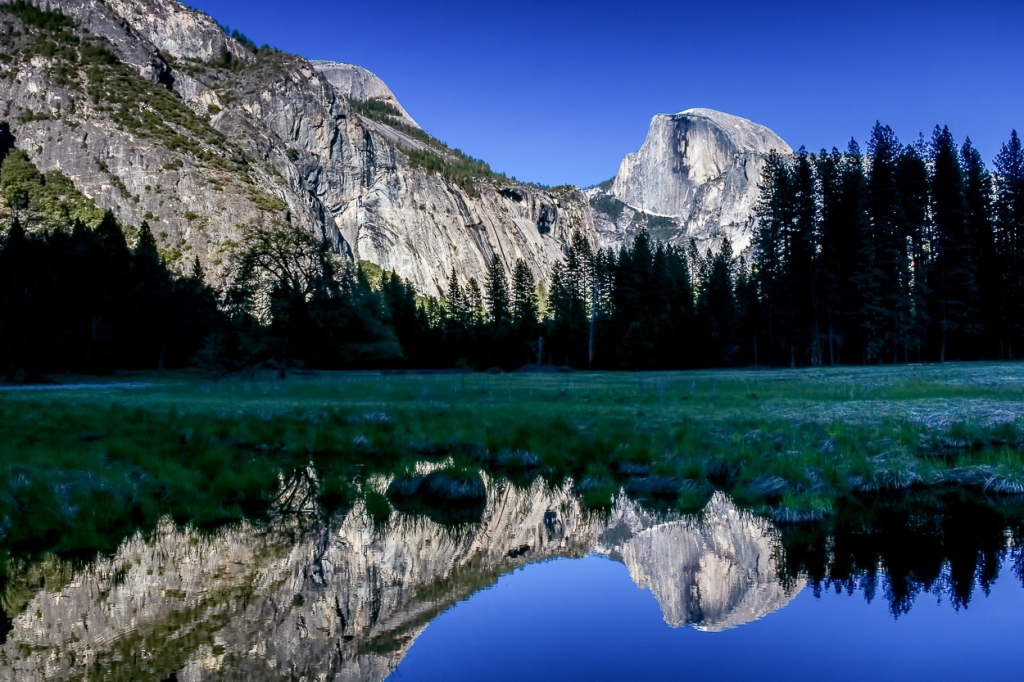 Yosemite National Park is one of those places that you have to experience in person. Although there are many beautiful photographs, movies and documentaries about Yosemite, nothing can compare to actually standing at the base of Yosemite Falls, overlooking the view from on top of Half Dome or positioning yourself on the edge of Glacier Point. 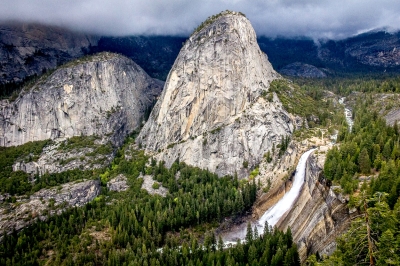 Located along the western slopes of the Sierra Nevada Mountains in California, the park covers 1,169 square miles of wilderness. In 1864, President Abraham Lincoln’s signed the Yosemite Grant and in 1890 naturalist John Muir lobbied Congress into expanding the park, which eventually led to today’s U.S. National Park System.

Yosemite Valley has been inhabited for thousands of years by the Ahwahneechee Native Americans with the Paiute, Mono and Miwoks in close proximity.

During the gold rush period of California, competition for resources between the Native Americana and miners began to take its toll. In 1851, the Mariposa Battalion entered the west end of Yosemite Valley and the Mariposa Wars erupted. This event was seen as the introduction of the white man to Yosemite.

Over the years, several concessionaries have obtained permits to open stores, restaurants, camping sites and hotels in the park. The best known of these was in 1899 by the Curry Company, which founded Camp Curry at the base of Glacier Point. In 1925, Curry Company and the Yosemite National Park Company were forced to join together, forming the Yosemite Park and Curry Company, which lasted until the late 20th century. It too has been transformed as other companies have coupled with park service.

Yosemite Valley is only 7 square miles and is a product of glaciers sculpting and carving granite as it moved. Pulse News Mexico photo/Larry Anthony Pannell

The formation of Yosemite is due to tectonic and volcanic activity spanning millions of years. Yosemite Valley is only 7 square miles and is a product of glaciers sculpting and carving granite as it moved.

When the ice receded, it left lakes, streams, rivers and sediment forming lush green meadows and forests. This small area of the park harbors some of Yosemite’s iconic landmarks. The Merced River courses through the valley surrounded by 3,000-foot granite walls and the iconic landmarks of Yosemite Falls, El Capitan, Half Dome and Glacier Point.

Driving the Valley Loop Road, you will skirt the river and pass through the forests and meadows. Near the west end, you come across Valley View, which offers and a pristine view of the valley with the Merced River at your feet. Here you will marvel at Half Dome, El Capitan and Bridalvail Falls, all seemly a stone’s throw away.

A short drive from the valley floor is Tunnel View, overlooking nearly the entire valley. Views of Sentinel Rock, Cathedral Spires, Half Dome, El Capitan and Bridalvail Falls are all visible from this vantage point and nothing short of spectacular.

Nothing can compare to actually standing at the base of Yosemite Falls. Pulse News Mexico photo/Larry Anthony Pannell

Another drive well worth taking ends at Glacier Point. With an elevation of 7,000 and the valley floor at 4,000, you find yourself looking over the top of Yosemite Falls, North Dome and Nevada and Vernal Falls. Half Dome in directly in front of you with Tuolumne Meadows in the distance.

Glacier Point is the trailhead for the Four Mile Trail, actually 4.5 miles, and the 9-mile Panorama Trail, both leading to the valley. Both trails offer beautiful views and vantage points to the delight of many, especially photographers, but they are not to be taken lightly. I have started in the warmth of the sun under clear blue skies in the morning only to encounter snow in the afternoon on both spring and fall days.

Accommodations in the park range from campsites to canvas tents, complete with wood stoves and wooden floors, to lodges to the magnificent five-star Ahwahnee Hotel.

The Ahwahnee is located in Yosemite Valley at the foot of granite cliff and the forests and meadows of the valley floor. Constructed of steel, granite, wood and timbers, it is one of the most beautiful hotels in the world. It opened its door to guests in 1927 and has welcomed moviestars, presidents and foreign royalty.

The Ahwahnee is located in Yosemite Valley at the foot of granite cliff and the forests and meadows of the valley floor. Pulse News Mexico photo/Larry Anthony Pannell

The layout and décor are striking and is reminiscent of the hotel in the movie “The Shining.” The Ahwahnee lobby, elevators and Great Lounge were adapted into the set of the Overlook Hotel. So do not be surprised if you see two twin girls wondering the halls muttering “Redrum, Redrum.”

The dining room is 130 feet long and 51 feet wide and is nothing short of magnificent. Rock columns and timber in the form of trees support the 34-foot ceiling. During the Christmas season, the Bracebridge Dinner transports you to the Renaissance. This seven-course dining experience is reminiscent of a feast complete with a lord and his court, with minstrels and a jester that will surely entertain.

A visit to Yosemite will leave you both relaxed and exhilarated. Regardless of whether you are warming yourself by a campfire or the fireplace in the Ahwahnee, there will be a calm that overcomes you. Whether you drive or hike the valley floor, you will be humbled by Yosemite Falls, Half Dome and El Capitan. And if you are lucky enough to witness the wildlife of Yosemite and catch a glimpse of a bear, bobcat or one of the many deer that make the valley their home, one thing is guaranteed: You will never forget your visit to Yosemite.