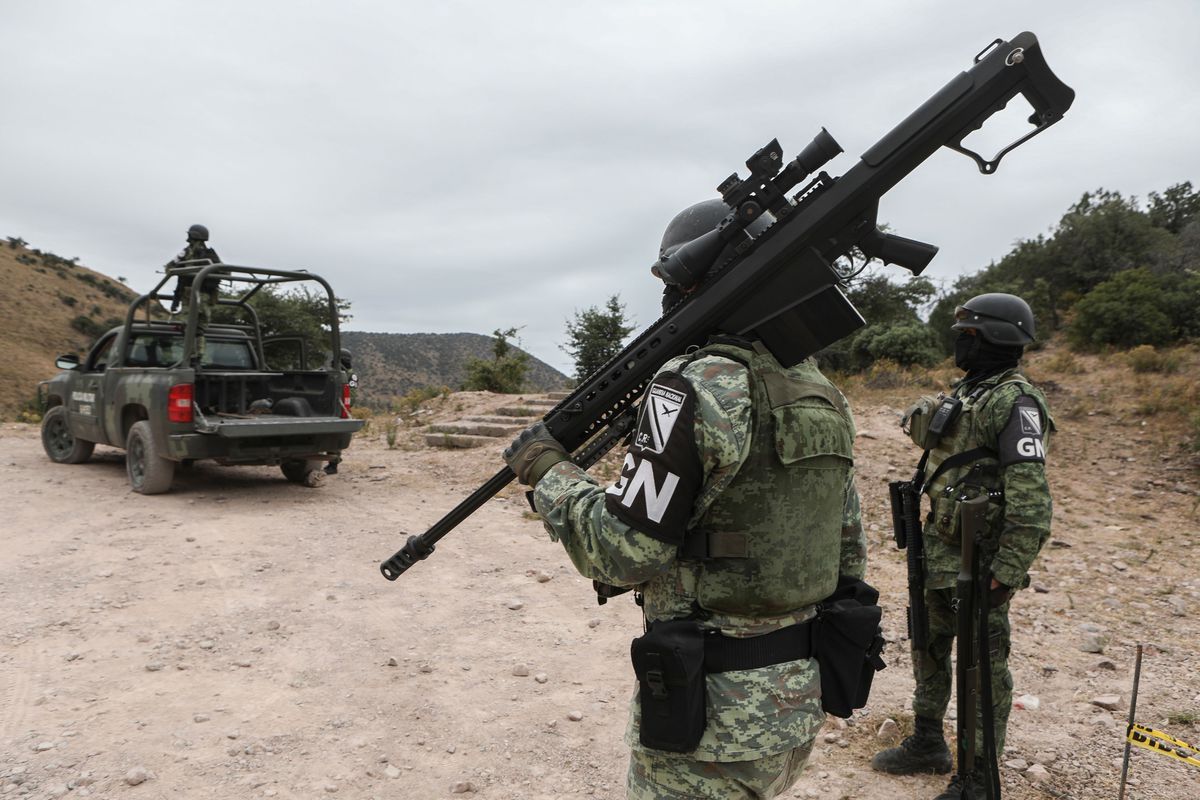 A Ruckus in Mexico, Silence in United States

All hell has broken loose in the Mexican media in the past 48 hours over an nterview between former Fox News commentator Bill O’Reilly, who fired from his post in April 2017 on charges of sexual assault, and U.S. President Donald Trump, who has, at times, also been alleged to have engaged in the sexual harassment of women (birds of a feather). Those of us that saw the interview could easily see that it was prearranged. After having lost his title as the top-rated host of cable news, it seems that O’Reilly is now trying to get back lost listeners on hid radio show.

O’Reilly’s introduction of Trump set the groundwork for him to turn a foreign country (i.e., Mexico) into a military target for U.S. forces, and went something like this: “If a nation were to 100,000 Americans a year, wouldn’t the United States declare war on that nation?”

Trump readily responded – with a script on hand, no doubt – that he was considering designating Mexican “paramilitary groups” (meaning drug cartels) as candidates to go on the list of those considered enemies of the United States.

That’s as far as things got in the interview, which, since O’Reilly has been out of the spotlight for a couple of years, had no meaningful audience. The fact is that in the rest of the U.S. media, the interview was barely mentioned.

The reaction in Mexico, however, has been one of panic, as if it were an overnight declaration that “the gringos are invading us.”

Now, it turns out, all Mexican news hawkers and commentators have suddenly become experts on U.S. law. Only a few seem to have grasped the fact that O’Reilly was only trying to push Trump’s reelection campaign, thinking that if a “hate Mexicans” stint worked once, it may work again.

Nearly all the major news analysts in Mexico took the bait and started talking about the “imminent” deployment of drones on the Sonora desert and an attack on the Sinaloa Drug Cartel.

As frequently happens in Mexico news-wise, this is just another tempest in a teapot that, by next week, will be forgotten.

Regarding the previous issue, Adrián LeBarón, who holds dual Mexican-U.S. citizenship and whose family suffered the tragic and brutal murder of nine of its members earlier this month, is claiming that his having contacted Trump to ask Washington to declare drug trafficking cartels terrorists has unleashed a vicious campaign against his family.

In social media, the hashtag #FueraLeBarondeMexico (#ThrowTheLeBarónsOutOfMexico) has gone viral.

Adrián felt the pinch, declaring “we’re not traitors to Mexico for asking help from Trump.” LeBarón family members will be marching on Sunday, Dec. 1, from Mexico City’s Angel of Independence to the Revolution Monument seeking support for their cause to stop criminal gangs, just as Mexican President Andrés Manuel López Obrador (AMLO) celebrates his first anniversary as head of state.

Many Mexicans, however, see the family — members of a breakaway Mormon religion — as traitors. We’ll be watching how their demonstration goes, and if it reaches the 130 million Mexicans target that LeBarón is hoping for

One comment: There is no love for Trump in Mexico, and in going to Washington, the LeBarón family might just have made a gross political error.

During the daily morning news conference Wednesday, Nov. 27 at the National Palace, President Andrés Manuel López Obrador was asked of what he considered the moments of crises during his first year in office. He named five.

The Tlahuelilpan Janyary 18 explosion that left 137 dead gasoline thieves dad in the state of Hidalgo, just north of Mexico City. This was the result of the declaration of war on January against gasoline duct suckers who were “milking” Pemex and selling fuel at half price. At Tlahuelilpan, the farmers were hauling gas when the duct exploded. Tragedy and mourning – area hospitals flooded with charred individual – ensued.

The second crisis came in May after Donald Trump threatened to slap a 25 percent tax “on all Mexican exports to the US”. AMLO reacted promptly and shuttered the Guatemala Belize borders and stationed 17,000 National Guards along, with 10,000 more in the northern border to watch over those who were already seeking asylum in the US. That satisfied Trump, who dropped his taxation threats.

The third was the failed arrest of drug dealer Ovidio Guzmán in Culiacán, on Oct. 17, due to administrative blunders as there was no arrest warrant against the son of “El Chapo”. The only invalid warrant for him was, and is, one of extradition to the US issued in Washington, D.C.

Fourth was the LeBaron family massacre on Nov. 4.

And the fifth, says AMLO, was offering political asylum to deposed Bolivian president Evo Morales. This problem thrives as it is an international diplomatic as Interpol has issued Morales the announcement that he is wanted in Bolivia, and five officials of the Evo Morales Administration are in asylum in the Mexican Embassy in Bolivia capital La Paz.

AMLO did not mention the much-touted economic crisis the nation is allegedly undergoing, according to economy traditionalists, and instead claims “the nation is not growing as desired” (zero growth) but otherwise it is very well, or “requetebién” in Spanish.

Every Christmas, throngs of Mexicans who reside in the United States come home to Mexico to both enjoy a vacation and spend some of the remittances they’ve been sending back over the past year.

But there’s been a traditional problem, that they get nabbed by National Migration Institute (INE) officials, who charge them as if Mexican air were quoted in dollars. 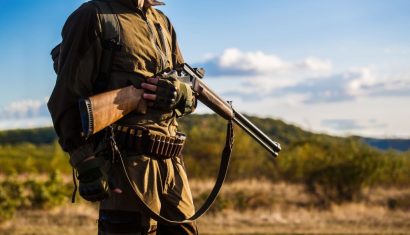 Plus, there is a new caveat. Out of Nuevo Laredo, there are reports of “armed men in civilian gear” stopping the migrants coming south to pay “a right of way” fee of $500.

Since Wednesday, Nov. 27, AMLO has ordered the deployment of the National Guard along the Nuevo Laredo-Querétaro Highway 57 to protect the “paisanos” from the criminals lurking around this and other border roads heading south.

The National Guard will deploy personnel along 155 stations and 89 substations, as well as having a presence in the 52 international airports.

Bullied in the past as “La Gorda” (“The Fatty”), Mexican summersault gymnast Alexa Moreno on Wednesday, Nov. 27 received the National Sports Merits Award from AMLO. 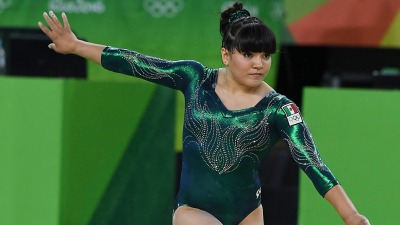 Alexa qualified in amateur sports for qualifying for the 2020 Tokyo Olympics.

The awardees received a medal from AMLO at the National Palace for representing the country.