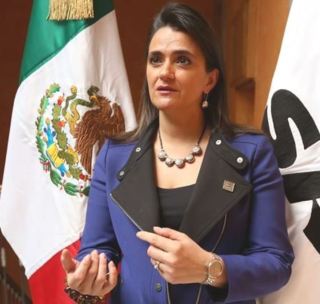 Up until now, lawyer Ríos-Farjat had been working as head of the nation’s Tributary Administrative System (SAT), the Treasury Secretariat unit that oversees the nation’s tax collection.

Ríos-Farjat received 94 votes from the senators (a minimum of 86 votes are required for a clear majority).

Ríos-Farjat was one of three choices for candidate sent to the Senate by Mexican President Andrés Manuel López Obrador (AMLO). The other two candidates, Ana Laura Magaloni and Diana Álvarez received 25 and one vote, respectively. There were two vote deemed null.

The newly elected judge will fill in for now former Judge Eduardo Medina Mora, who resigned to the post last October amid allegations of corruption.

AMLO, in an after-meeting Twitter statement, said he had a “good meeting” with Barr, adding: “As a lawyer, he understands that our constitution forces us to stick to the principles of cooperation for development and nonintervention regarding foreign policy. In this manner, we can always work together.” 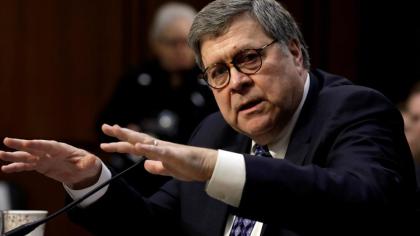 Among the U.S. delegation were Ambassador Christopher Landau and Brian Babbit, chief of staff for the Attorney General.

Ebrard breached the topic of U.S. President Donald Trump’s recent announcement that he will designate Mexican criminal gangs as terrorists, which Mexico opposes because these gangs don’t meet the United Nations’ standard to be so designated.

AMLO had predicted that he would tell Barr that Mexico would never accept another “Fast and Furious” stunt by U.S. agents, in which a number of weapons filtered into Mexico.

Sandoval, previous to the meeting, said that, according to Mexican military estimates, there are currently about 1.6 million illegal weapons in Mexico, out of which, 70 percent originated in the United States.

The outsourcing bill approved on Tuesday, Dec. 3, but put on hold for “further discussion” by the Labor Committee in the Senate, was also “frozen” in the Chamber of Deputies to be discussed at a later date, without specifying when. 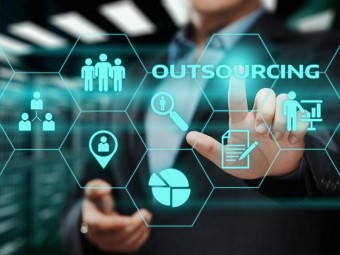 The deputies agreed that the bill first needs to be discussed in “an open parliament.”

The Labor Commission declared itself in a permanent session because of the large amount of different views from a diversity of groups, mainly from the business sector, which is demanding to be heard before the Federal Labor Law is amended to fit the outsourcing practices bill.

Deputies said that it made no sense to discuss it now if the Senate had already postponed discussing it, perhaps until next year.

Both houses of Congress will work only until Dec. 15, when they will recess for Christmas vacation.

On Wednesday, Dec. 4, San Miguel de Allende (SMA) Mayor Luis Alberto Villarreal sent a letter of complaint to the financial Spanish-language daily El Financiero, owned by Bloomberg News, for publishing a highly negative article on the town, one of Mexico’s favorite spots for expats from all over the world. 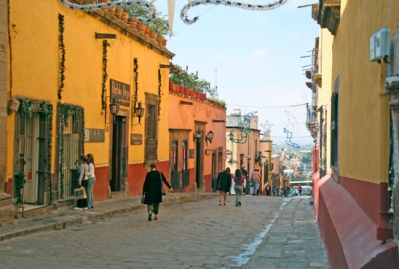 The article, Villarreal said, claimed that SMA is now being ruled by organized criminal organizations.

”This claim has no bases,” Villarreal said.

“It is also worth mentioning that the article chronically lamentable deeds that happened in other municipalities and the nation, and they are all unrelated to what is happening in San Miguel de Allende.”

Villareal said that “the few cases that did happen here do not represent the daily living nor the good social climate the city maintains.”

Most of the deeds reported as facts by El Financiero, “were gathered from hearsay and have no solid foundation,” he said.

Villarreal said that articles like these are meant to harm the town’s staple income of tourism, plus strain relations with the registered 14,000 member expat community, the majority of whom are either U.S. citizens or Canadians.

All sources quoted, said the article, preferred not to be mentioned by name.

Back then, Joshua was the outstanding favorite over Ruiz, who was knocked down in the second round, but rose to overwhelm and stun Joshua with an incredible punching speed for a heavyweight.

The fight will be broadcast in Mexico on Saturday, Dec. 7, with the full program starting at 10 a.m.

The Ruiz-Joshua bout is expected to air circa 3 p.m., Mexican time.

The fight, touted as ”Brawl in the Dunes,” will be held at the Diryah Arena in Saudi Arabia.