By Ricardo Castillo1 month ago

Getting Back to Work

The covid-19 lockdown is taking its toll everywhere in Mexico.

The truth is, each and every able body in the country would rather be working than inventing in pastimes at home.

But some who are already moving ahead of the pandemic are paving the road for when the moment comes to restart the world economies (hopefully, in June), a lot of industries will come out unscathed from this invisible monster.

On Wednesday, April 11, the powerful U.S. National Association of Manufacturers (NAM) chairman Jay Simmons sent a letter to Mexican President Andrés Manuel López Obrador (AMLO) informing him of the NAM Covid-19 Policy Action Plan Recommendations, which include getting all its members’ subsidiaries operating in Mexico under the maquiladora program back to work. The great concern now is saving jobs.

“Manufacturers have a greater purpose than profit,” Simmons wrote in his letter.

“We are also about protecting our people and our communities.”

The NAM leader said that manufacturers are gearing up for an industrial mobilization as soon as safely possible, along with governments.

“These government actions will enable the industry to respond the most effectively,” Simmons said.

Simmons also asked the Mexican government to identify those industries that have been designated as essential and critical in 16 different sectors of industry stipulated by the Cybersecurity and Infrastructure Security Agency (CISA) to define U.S.-owned maquiladora assembly operations in Mexico.

“By doing so, Mexico will help to guarantee that essential product manufacturers and product components critical to continue operations through the supply chain suffer no disruptions in North America, stay for a bare minimum at this critical moment,” Simmons said.

The purpose of the letter was to have maquiladoras start up earlier than other industries in order to link up to the U.S. supply chain and reestablish the manufacturing supply chain.

Just last March 8, women marched on the streets of Mexico to demand an end to sex-oriented violence against women. 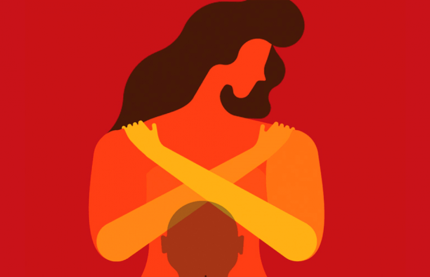 But now, and much to blame on the covid-19 confinement crisis, gender and sex abuse suits in Mexico have spiked by 60 percent, according to the National Refuges Network.

The organization added that most of the complaints currently being registered are not being paid attention to by authorities.

In a report by the non-government organization México Evalúa, there were an average of 163 sex aggressions reported daily during March.

In general, violence reports grew upwards, with bullying leading the way with a 92.2 increase, while sexual harassment increased by 62.9, sexual abuse by 25.6 and rape by 14.6 percent. 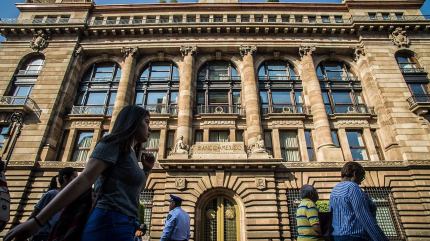 The first was the pumping of 750 billion pesos into the economy to make cash credits available to all applicants.

Secondly, Banxico cut the interest rate from 6.5 down to 6 percent, a move seen as coming in tandem with the “liquidity injection” that will spark borrowing interest in consumers.

The third move was for Banxico, along with the Treasury Secretariat (Hacienda), to issue an immediately successful $6 billion in debt sales in three separate offerings.

“The (debt) issue reached a $28.5 demand, equivalent to four times the size of the offering, and had the participation of over 450 institutional investors from all over the world,” a Hacienda press release stated.

As of Monday, April 27, the Mexican government will begin delivering 25 billion pesos in loans to small businesses that did not lay off workers during the first quarter of 2020, AMLO said during his Thursday, April 23 press conference.

The credits are slated to be issued on a first-come-first-serve basis, for an amount of 25,000 pesos, which can be increased depending on the size of the business.

Businessmen started registering with banks by the thousands the day the announcement was made, with the president promising that “these credits will be issued soon.”

The administration is trying to cut down on red tape and issued them on a confidence promise (a la palabra, in Spanish) to pay back because, AMLO said, “the greatest wealth of our nation is the honesty of its people.”

The covid-19 lockdown has a sunny side.

Neighborhood consumers are skipping going to supermarkets and turning to the traditional corner stores in their neighborhoods.

Corner store sales have increased by 18.6 percent, up 19,761 billion pesos on a nationwide poll carried out by the National Association of Wholesale Groceries Suppliers (ANAM).

The ANAM March report stated that there were major increases in the sales of foodstuffs, which were up 22.3 percent, toilet paper 17 percent, cleaning articles 16 percent, with a special growth of liquid cleansers, as well as curation materials.

ANAM executive president Iñaki Langáburu pointed out that April sales are expected to be higher.

He said that the members of the organization deliver merchandise to over 650,000 corner convenience stores across Mexico.

The Secretariat of Communications and Transportation (SCT) issued a concession of the 1,600-kilometer-long Tren Maya (Maya Train) to the Mexican state tourism foundation Fonatur.

The tourist train will service the entire Yucatan peninsula.

Fonatur will hold the right to operate passenger and cargo transportation systems for the next 30 years.

Fonatur must present a full operations plan to the SCT within the next 12 months.

The lack of sports activities has literally silenced Mexican media sports hawkers, whose loud screaming of the word “GOL!” is not being heard these days.

But even more affected are the myriad of sports – mostly soccer – commentators, who have literally nothing to talk about and are filling up space with boring gossip about players, at best.

The biggest news, for instance, in the Mexican media now is that the Guadalajara team stadium has been turned into a Covid-19 makeshift hospital for intensive care patients.

Is that really sports news?

But even worse news is the fact that there is still no timeline to kick ball in the near future.