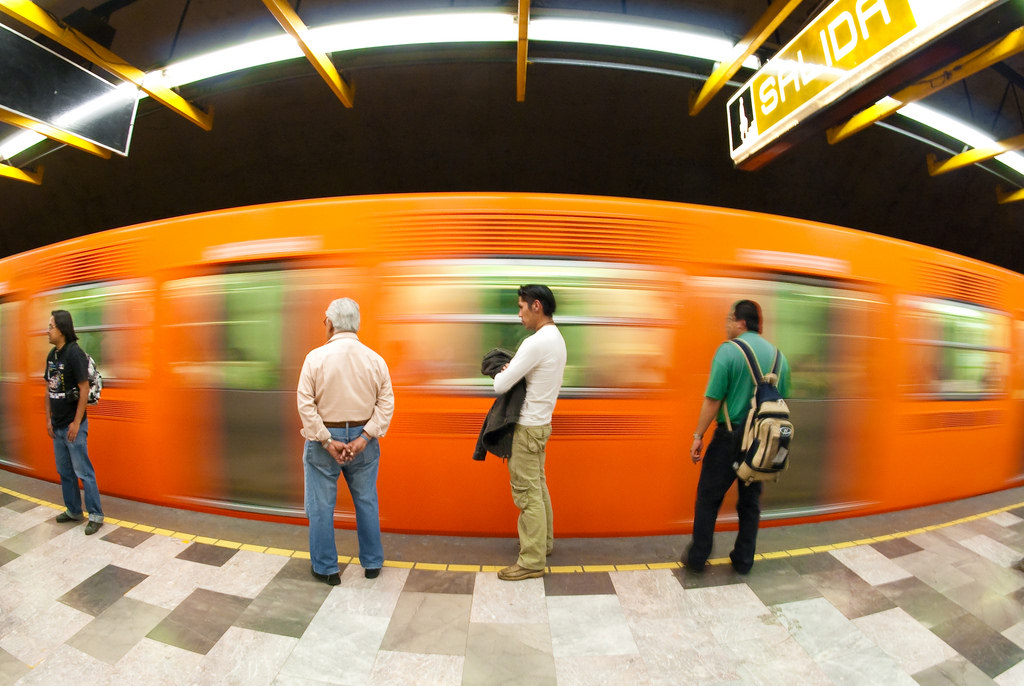 XINHUA — Fifty years ago, Mexico City Metro took its first journey, cheered on by applauds from the Mexican public.

“A lot of people were too scared to board the metro. It was something they were not used to,” said the conductor of that first journey, Juan Cano.

On the morning of Sept. 5, 1969, Cano drove through the 16 stations along the line, as some people tried to flag down the train as if it were a bus.

At the end of that day, the then 21-year-old driver returned home, feeling satisfied because everything had run smoothly. He never imagined that the subway would come to serve 5.5 million people every day, as it now does.

Construction of Mexico City’s first subway line started in June 1967, two years before it opened. The Mexican government ordered its construction in response to the capital’s rapid growth, and chose a rubber-tired system like the one used in the Paris metro.

“It was really a blessing. That is what the metro is,” said Cano, who is now 71 and has worked in the public transport system for over four decades.

Nowadays, the subway is the backbone of Mexico City’s transportation system and an icon in the capital.

The subway now has 12 lines with 195 stations, and stretches over 226 km, making it the largest subway system in Latin America.

It also holds other records. The metro is the first to ever have female conductors.

After pressuring local authorities, 11 women became subway drivers and completed their first journey on June 1, 1982. Nadia Tapia, then 20 years old, was one of them.

Tapia said, traditionally, only men could apply for the conductor positions, and the women even faced hostility from their coworkers, who doubted their ability to run a train with1,800 people on board during peak hours.

“Being a pioneer, or maybe an example for other women, is rewarding,” Tapia said. “We made history and we continue to make history.”

Tapia is now head of the Metro’s Children Development Center.

The metro is an urban symbol that has inspired musicians, poets, and writers, and often hosts art exhibitions.

On its 50th anniversary, the metro also faces severe challenges regarding the technological modernization of its lines, many of which haven’t been updated since their inauguration.

The metro’s director general, Florencia Serrania, said that the modernization process for the metro will start soon, including updating electronic and communications systems and leveling tracks, in addition to other measures aimed at increasing the frequency of train arrivals.

Mexico City’s subway has underground, elevated and ground stations and about 384 trains, most of which have rubber wheels rather than steel ones.

The changes “are more technological than aesthetic. It’s like remodeling your home, starting with the pipes and the electricity,” said Serrania, who is a mechanical engineer and the first female director general of the metro.

She said the modernization process involves a technological leap that will require advanced engineering work and experience from other countries.

“The metro is the centerpiece of mobility in the city,” she said. “A single working day without service poses chaos.”