By Ricardo Castillo4 days ago

Mexico City Police Chief Omar García Harfuch reappeared in public this week at a press conference with Mayor Claudia Sheinbaum after surviving a June 26 attempt against his life in which his two bodyguards took approximately 40 bullets each.

García Harfuch himself was shot several times in the elbow and knee and has been through several complex surgeries and is now in rehab.

The police chief said that the attack in which his vehicle took 417 military caliber hits was carried out by now-arrested members of the Jalisco New Generation Cartel (CJNG) because he sent the cartel leader Nemesio “El Mencho” Oseguera’s son to jail. The son,  has been extradited to the United States.

Given the heavy nature of the attack and the luck and physical resilience of García Harfuch, the Mexican press has dubbed him“The Revenant,” after the Oscar-winning film directed by Alejandro González Iñarritu.

Meanwhile, García Hafuch is back on the job, “stronger than ever.”

After the National Institutes for Statistics and Geography (Inegi) announced on Thursday, July 30, that the Mexican economy had dropped by 18.9 percent during the second quarter of 2020 (its worst fall in history), President Andrés Manuel López Obrador (AMLO) showed no surprise. 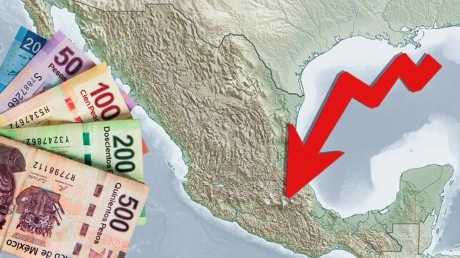 During his daily press conference at the National Palace, he told reporters: “We were expecting this data because the Inegi is gauging April, May and June, which have been our worst covid-19 months. If you recall, the pandemic began to affect the Mexican economy in March. It’d had already affected us during the first quarter, when the economy plummeted. But we hit rock bottom in April and May, and that can be measured, independent of the Inegi report. on the loss of jobs.”

AMLO said that in April 555,000 Mexican jobs were lost, counting only those registered with the Mexican Social Security Institute (IMSS), In May, Mexico lost 340,000 and in June it lost 82,000 jobs.

AMLO said he was hopeful that the worst may be over because job losses were lower in July.

After former Pemex director Emilio Lozoya Austin was indicted on corruption and bribery charges in two separate trials, the judges in both cases decided to let him go free with a prison monitor bracelet. 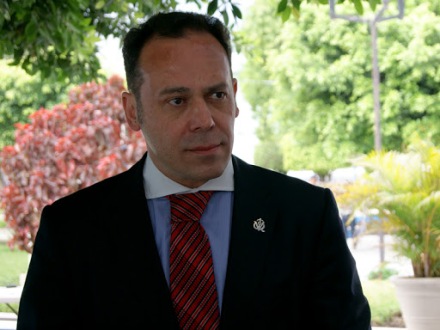 “We must distinguish between three different status dimensions: First, there is that of a protected or collaborationist witness, which is not what Emilio Ricardo Lozoya Austin is, as that pertains only to organized criminals. Second, there is the condition under which the person in question is the object of an investigation. This applies in cases in which the span of a trial is abbreviated because the person under investigation recognizes his guilt, hence receiving a benefit in the framework of the sentencing imposition. Again, this does not apply to Lozoya. We are now in the alleged charges state, as it is referred to under the National Code for Penal Proceedings, on the principle or criteria or opportunity, which consists in the case that the investigated person supplies key elements so that the Fiscal General of the Republic can impute a higher charge.”

Lozoya has declared himself innocent ofthe charges of corruption, alleging that he was involved in the matter by higher-ups in the former President Enrique Peña Nieto administration who asked him to carry out scams for which he is now accused.

Many Mexicans are protesting AMLO’s controversial appointment of journalist Isabél Arvide Limón as the new Mexican consul to Istanbul.

Arvide openly asked AMLO during a morning press conferenceto give her advertising to her web page.

She accused the president of favoring anti-AMLO yellow journalism magazine Proceso, which she said receives more advertising from him than most, even if the magazine is on the attack against him.

“This is a new paradigm in Mexican journalism: I pay you and you hit me,” Arvide told AMLO, paraphrasing a 1981 phrase against Proceso magazine said by then-President José López Portillo.

Instead of advertising, AMLO gave Arvide Limón a hew job, one for which she has no previous training.

As president, AMLO can appoint consuls without the need of Senate approval.

On Wednesday, July 29, the Mexican Chamber of Deputies approved a bill reforming the Law of Acquisitions to allow the federal government to purchase medications from inter-government organizations without undergoing a bidding process.

The change is also aimed at facilitating the purchase of anti-covid-19 vaccines, once they hit the markets.

More importantly, the law reform bill breaks the back of Mexican pharmaceutical monopolies.

“What we do have is millions of poor Mexicans without medical supplies.”

The bill is now on its way to the Senate for debate and approval. 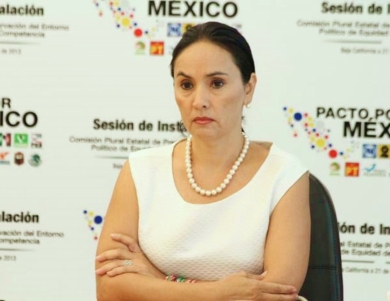 Márquez and Sánchez originally ran together for the PRI, but Sánchez had differences with her local PRI group in Baja California, and opted to move to the majority National Regeneration Movement (Morena).

Just what the PRI needed, losing another senate seat.

The party is now down to 13 seats.

Before the Wednesday, July 29, Senate session, National Action Party (PAN) Senator Martha Márquez Sánchez took the podium and rudely pushed aside Senate President Mónica Fernández, also of the PAN, to sit in the presiding seat, delaying the session for over an hour. 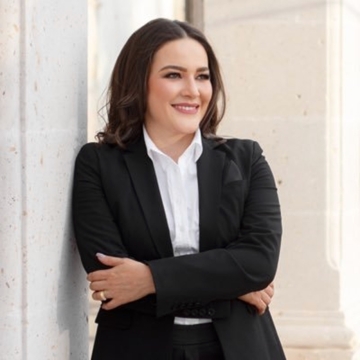 Vázquez  tried to snatch away a banner Márquez Sánchez was trying to show.

Her banner read: “Mexicans are taking the streets. I take the Senate.”

PAN peers Kenia López Rabadán and Xóchitl Gálvez pleaded with Márquez to move out of the president’s seat.

When a brawling Márquez finally gave up, the rest of the PAN members showed disgust for her violent display, even though one of her key causes is protesting the lack of drugs for children with cancer.