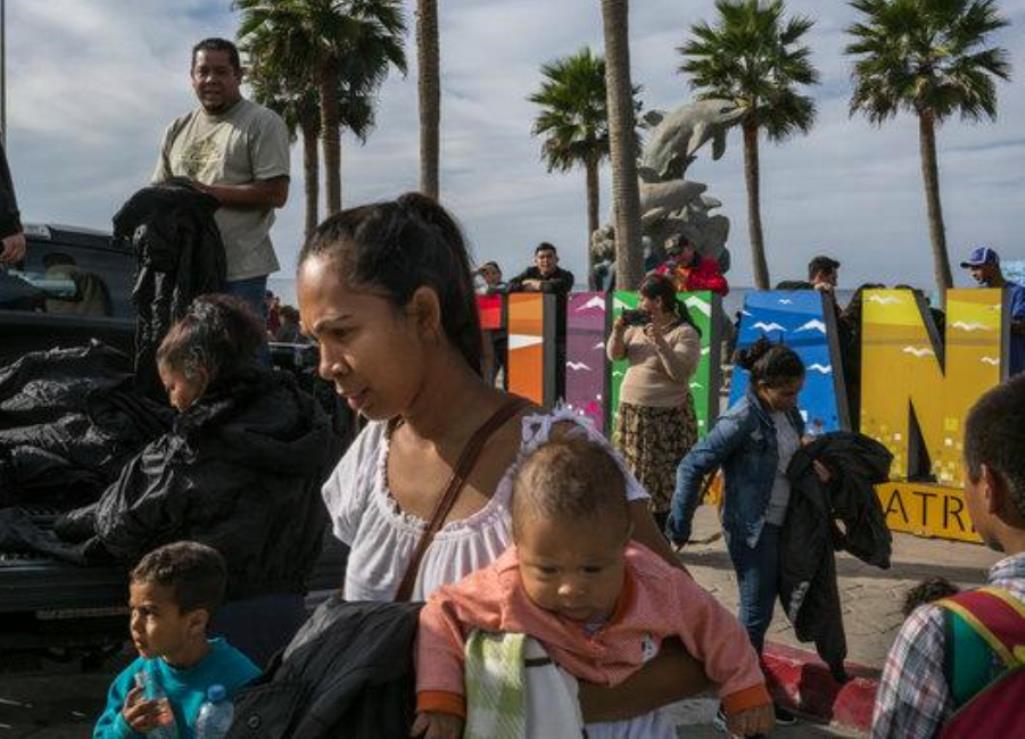 In a sharp contrast to previous migrant caravans, the latest group of Central American immigrants that entered into Mexico has done so in a legal and orderly manner.

Immediately issued with hospital-style arm bracelets which will allow them to apply for resident status and working permits, as well as healthcare and other social benefits for up to 12 months, the migrants make up the first new caravan to arrive in Mexico under President Andrés Manuel López Obrador’s new open-door policy which was launched in mid-January.

As part of a legal entry procedure, the migrants were photographed, interviewed, fingerprinted and given iris recognition scans.

Despite their unprecedented welcome into Mexico, the majority of the migrants said that they intend to continue their journey to the Mexico-U.S. border, where they will seek asylum in the United States.