The Guatemalan Border is Secured 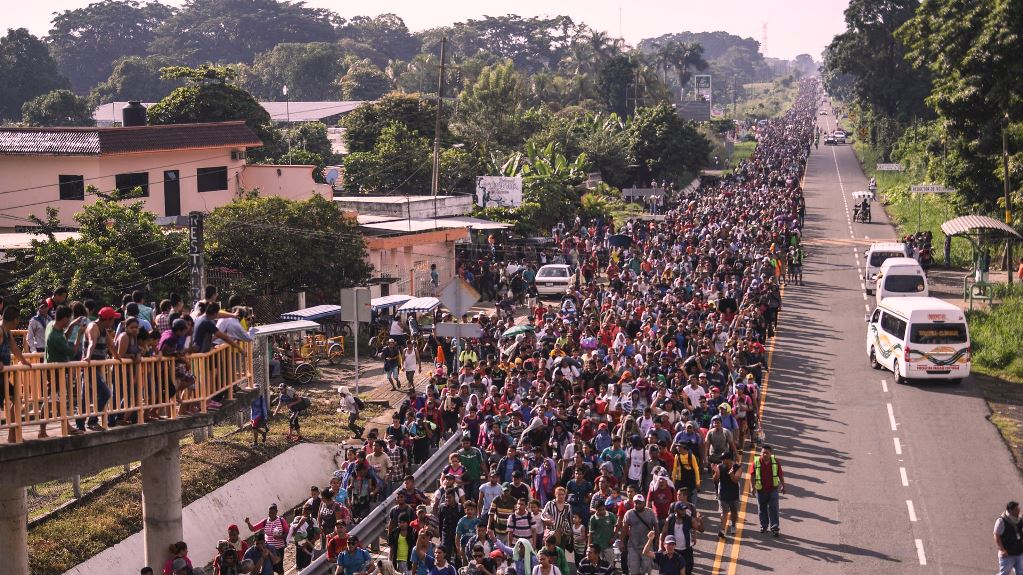 Timing is a must in politics, and timing is what we’ve got as now incumbent candidate Donald Trump launched his bid for reelection to the presidency of the United States on Tuesday, June 18.

Trump pulled recently what probably constituted his most dangerous threat, worse than going against nuclear Iran, on Mexico. He threatened to increase import tariffs up to 25 percent this year alone on all products.

Definitely, this move was eyed by Mexican President Andrés Manuel López Obrador (AMLO) to push immediately Foreign Relations Secretary Marcelo Ebrard into negotiating an agreement. The outcome was that, indeed, Mexico “won” by committing to put a stop to Central American migrants from using the nation as a stepping stone to get to the United States, and for POTUS Trump to ease down on his threat to slap Mexicans with an immediate tax. Instead, he gave Ebrard a 45-day time frame to show the AMLO administration’s good will on the issue of stopping Central American migration.

Timing, however, requires to be part of a strategy. Just a couple of weeks ago, I suggested that in Trump’s strategy, he “secretly” began a movement in Honduras to increase migration north. Well-paid agents – mainly radio commentary personalities – began organizing the now-infamous horde of caravans flocking north. There is no question in my mind now that Trump enticed and enthused migrants to make the trek north. The reason? To claim once again that he was right about building a wall along the Mexico-U.S. border.

In this deal, on June 18, Trump’s got an answer from Mexico which was even better than he had anticipated; he’s got his wall.

As of June 18, Ebrard – in AMLO’s name, of course – managed to mobilize the still-under integration National Guard (GN) – or part of it at least – to launch it into a mission that was not in the GN’s agenda at the start: that of a border patrol. But since it is an incipient paramilitary organization, it can still be molded to suit the political needs of the day, that meaning looking good in the eyes of Trump.

Ebrard moved fast during the last week and is now hastily massing up GN personnel at the very porous Guatemalan border (which extends over 965 kilometers in the states of Chiapas, Tabasco and Campeche) with 6,000 National Guardsmen (and women).

But that’s not all, folks. That is just the primary stop right-here station. The second migratory stopping line is in the state of Oaxaca, specifically over the Isthmus of Tehuantepec, which links via direct expressway the border state of Chiapas to the Gulf of Mexico state of Veracruz.

According to Oaxaca Governor Alejandro Murat, the 6,000 troops at the border are just part of the migration-stopping strategy agreed on by U.S. Secretary of State Mike Pompeo and Ebrard.

“Border vigilance,” said Murat, “will be carried out by 10,500 National Guardsmen. Whoever wants to enter into national territory, will only be admitted if they show they have some interest in the nation. If they just want transit to the United States, the protocol that’s been developed is not to let them come in, and that will reduce the number of migrants into our national territory.”

Notice that the figure given by Murat is 3,500 guardsmen higher than the guardsmen currently posted along the border. The smaller, nearly 200-kilometer-long line will be in charge of secondary inspections; those who lack identification will be immediately repatriated.

The results of increased surveillance will be immediate, as will be the creative response of human traffickers known as “polleros,” or chicken haulers. Central American transients try to cross into Mexico undetected. Just last Sunday, June 16, in Veracruz, police stopped four double-trailer trucks with over 800 persons inside them. Coyotes charge anywhere between $3,500 to $5,000 to place the migrants in a border town. These caravans on wheels are the new way to go north. The fact is, migrants pay big bucks!

These types of rolling caravans have mandated immediate changes in federal traffic regulations, and AMLO has mandated that those companies offering these transportation services will have their permits cancelled permanently.

The fact is that both Mexico and the United States are undergoing migration movements never seen before in the American continent. We’re up against an unknown phenomenon that will mark the new relationship between the two inseparable nations.

Meanwhile, Central Americans are watching in expectation for signs of hope coming from their northern neighbors, both in the way of acceptance and aid. In particular, El Salvador and Honduras are situated in a geoclimatic zone that one year has a devastating tropical storm and the next year, a draught. Farming is unpredictable and their governments have been unable to establish an industrial development economic policy.

Beyond the problem Central American migration poses for Mexico, the only real fact behind this tragedy is that it may have been intentionally created by Trump’s reelection ambitions. But for him, this is not all, as previous to kicking off his reelection GOP nomination campaign, Trump threatened to deport millions of undocumented immigrants currently residing in the United States. That may sound like another Trump bluff – and it probably is – but just as it since it’s a fact that many of those “millions” are Mexicans now making a living in the United States and sending a hefty $30 billion-plus in remittances to their families in Mexico.

For now, Trump bet on a shimmering reelection campaign launch strategy which has won him the spotlight, but it remains to be seen whether the glitz will last until election night on Nov. 3, 2020.

Until, then, Trump’s achieved at least one victory: He’s got a wall bigger than he ever dreamt of: Mexico.

The good news is there is no trade war between the two nations.