On the eve of Mexico’s March 9 feminist work stoppage by all the women who want to participate, the cadre of invisible “collectives” have been joined by an apparent “fifth column,” the anti-abortionists, who now claim that this movement “underrates” women. 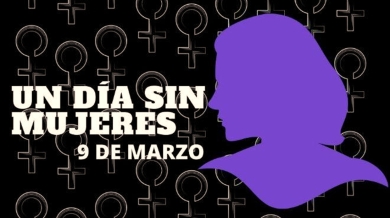 (In military terminology, a fifth column is an infiltration of enemy troops who allegedly sympathize with their foes, but then attack from within.)

The Twitter account group @por_ciudadanos has claimed that behind the call to stop femicides and violence against women are the abortionist feminists who should push instead for the unity of family with a strict father-and- structure.

The original Day Without Women movement was to protest against femicides in general and make it clear in a macho-oriented society such Mexico that women have equal rights.

But now, it seems, that the conservative Catholic-oriented groups are trying to bring water to their mill and hopefully undercut the power this movement – which does not have an abortionist banner – has wrought and raised, including the support of all those women who will lay off work, at least for next Monday.

Thus far, literally every government institution has said that it will allow protesters to do a no-show at work, respecting their pay for the day, and thousands of businesses have followed suit to send “a clear message to the savages who murder women at random” that Mexico is a united society.

María @mariafdezv wrote this: “Two elegant women chat over coffee. A: But of course I will not budge on March 9. B: But, dear, you are a day-long couch potato. A: Well, this time it’s going to be for a good cause. #fakeminismo.

The Mexican Senate on Wednesday, March 4, approved the first draft of the bill to legalize marijuana, both for medical and recreational purposes.

The bill was voted on by different committees on justice, health and legislative studies, with a total of 26 votes in favor from the National Regeneration Movement (Morena), Labor Party and Citizens’ Movement,  seven votes against from the National Action Party (PAN)m and eight abstentions from Institutional Revolutionary Party (PRI) and PAN senators.

Salient features are: The weed is only going to be sold to those over 18, increasing the legal portable amount from five to 28 grams for personal use without risk for being charged with possession. It is not to be used in public spaces. The regulatory bill will include specifics on any activity related to sowing and harvesting, trade, production, distribution, supply, sale and consumption.

In the approved bill, an individual will be allowed to have four legal plants at home, but only for personal use.

For legal regulation, a decentralized Mexican Cannabis Institute will be created to coordinate all aspects of the legalization procedures. (Note: As this part of the bill was being passed, a group of protesters were publicly smoking outside the Senate.)

Next week, the joint committees will be working on the regulatory bill.

As a side note, Mexican President Andrés Manuel López Obrador (AMLO) sent a message to his Morena peers that he was not in favor of using marijuana for recreational purposes, but they went ahead and voted for it anyway.

Santiago Nieto, head of the Financial Intelligence Unit (UIF) of Mexico’s Treasury Secretariat, announced in a report at the National Palace that, thus far in this administration, its offices has frozen 4.55 billion pesos in assets related to crimes such as fuel theft and human trafficking.

He complained, however, that the Supreme Court allows judges to ponder “between the performance of authorities and the right of private people.”

“This has led to trial suspensions that have provoked the abovementioned figure to drop,” he said. “In short, due to police arrest tactics – if illegal – the accused are released without charges.”

Nieto, without giving details, announced that there is an investigation underway at the government-run real estate agency National Housing for Workers Institute (Infonavit), where a master fraud scam worth 5 billion pesos has been detected. This case could involve former government officials.

High level delegations of the United States and Mexican governments met Wednesday, March 4, to strengthen border watch tactics as part of the 12th Plenary Gathering of the Bilateral Executive Committee for the Management of the Border in the 21st Century. 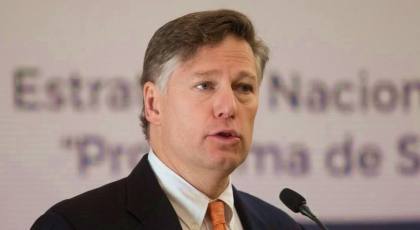 Suppose you throw a big party and nobody shows up?

That is exactly what happened on Wednesday, March 4, at the headquarters of the Institutional Revolutionary Party (PRI) facilities on Avenida Insurgentes Norte in Mexico City.

Current PRI President and former Campeche Governor Alejandro Moreno Cárdenas, the keynote speaker, upon seeing the scant attendance at the cavernous auditorium, only managed to complain that the anniversary commemoration was “desangelada” – empty, with no “angels” or people.

Still, perked up by reporters’ queries, Moreno Cárdenas said, “We got here with a renewed cheery attitude in this new stage of regaining the citizens’ trust and winning elections again.” 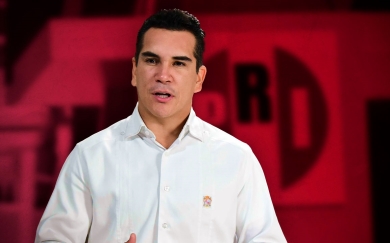 PRI Senator Jorge Carlos Ramírez Marín, however, did not beat around the bush in recognizing his party was in the boondocks.

“We are here battered, without a doubt,” he said. “We got here after our most serious and greatest defeat. These are undeniable facts but we’re here with a new leadership and still united.”

The very next day, the president announced a changed of date, saying that the sale will start on Tuesday, March 10, as to not offend protesting women all over the nation.

The Railroad Transport Regulation Agency reported this week that the movement of imports on Mexican railroads continues to increase, having transported 3.888 billion tons in imports and .941 billion tons in exports in January.

This represents an increase over January 2019 of 2.29 percent and 4.83 percent, as published in the January 2020 edition of Pulse of the Mexican Railroad Sector. 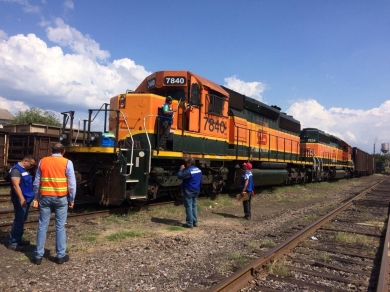 Though there is no public passenger service, special tourism services trains in the privately operated Puebla-Cholula route and popular Jalisco Tequila Express had exponential growths of 110.21 percent and 65.67 percent, respectively.

Up until then, May had been in charge of planning, evaluation and regional development of the secretariat, but his cherry on the cake was being AMLO’s man in charge of the president’s pet program, “Planting Life.”

May immediately submitted his resignation.

On Tuesday, March 3, AMLO was asked during his daily press conference about the issue. 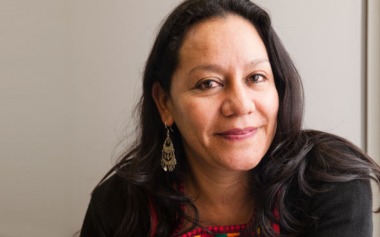 He answered by saying that he would not be accepting May’s resignation, and that the decree “will be reversed,” which it has already been.

Later on the day, AMLO held a two,hour “secret” meeting with Albores and May, at the end of which May was reinstated and Albores had to leave the National Palace on the run, saying “no comment” to the bunch of reporters following her. Oops!

About a week ago, Mexican National Sports Commission (Conade) President and former track and field medalist Ana Gabriela Guevara said that accusations of fraud being levied against her by the Secretariat of the Public Function were “pure mitote.”

Now, let me clear that the word mitote can mean in the original Yaqui language: a dancer, a party or a peyote ceremonial gathering.

But it also has a Greek root from the word myth, mito, and adding the suffix “te” turns it into a mitote, a big myth.

Well, Public Function Secretary Irma Eréndira Sandoval, through a press release, said Guevara violated her own rights since the Public Function “never points in anticipation to any public service person” under investigation.

But it was admitted that Guevara is being investigated for “irregularities at Conade” worth 50 million pesos, but that respects “the alleged innocence and right to a hearing” Guevara has.

Indeed, it was no mitote!